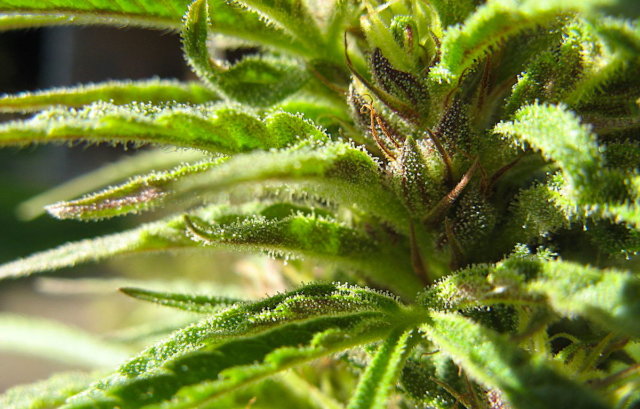 In July, the Oklahoma State Board of Health approved a controversial omnibus regulatory package that appeared to transform one of the nation’s most progressive medical-marijuana laws into one of its most restrictive.

Soon thereafter, Attorney General Mike Hunter advised the Board of Health and the Oklahoma State Department of Health that these rules — which, among other things, prohibited the sale of smokable marijuana products, required the presence of a licensed pharmacist at all marijuana dispensaries, and enacted restrictive THC-content limits — overstepped the agency’s rule making authority. Concerning inevitable legal challenges to OSDH’s initial regulations, Hunter explained that such cases would be “very difficult to defend.”

Heeding the advice of the state’s top law-enforcement official, OSDH and its board reversed course. In an emergency meeting, the Board of Health rescinded nearly all the previously adopted rules and regulations governing medical marijuana and replaced  those with a decidedly barebones package of new rules, passing most of the regulatory buck to the Oklahoma Legislature. As a consequence, a temporary and partial regulatory vacuum surrounds Oklahoma’s medical-marijuana industry, even as OSDH is approving license applications and industry participants are preparing for their first few months of operation.

Increasingly, Oklahoma’s municipalities are attempting to occupy this vacuum. Several cities and towns are considering and enacting local ordinances that, in effect, would prohibit or severely restrict marijuana-business operations within their municipal limits. These municipalities appear to ignore the counsel offered by the attorney general regarding the Board of Health’s regulatory overreach. Like OSDH, cities and towns who impose overly restrictive regulations on medical-marijuana businesses risk legal challenges that will be difficult to defend.

Several municipalities are considering or have enacted ordinances that exercise zoning authority to effectively prevent dispensaries from operating within city limits. By way of example, Yukon’s recently enacted ordinance expands SQ 788’s prohibition on operation of a dispensary within 1,000 feet of a school to include a panoply of additional prohibited neighbors — churches, parks, libraries, museums, playgrounds, daycares, public pools, corrections facilities, juvenile centers, halfway houses, residential neighborhoods, and any other dispensary. Of course, it is extremely difficult to identify an appropriately zoned location that exceeds 1,000 feet from all of these neighbors in almost any Oklahoma municipality. The purpose of these ordinances, then, is unmistakable: They functionally prohibit the sale of medical marijuana within the relevant municipality’s jurisdiction.

These restrictions are likely to be challenged, and they seem likely to be invalidated. SQ 788 prohibits any municipality from “unduly chang[ing] or restrict[ing] zoning laws to prevent the opening of a marijuana retail establishment.” Quoting the American Heritage Dictionary, the Oklahoma Supreme Court defines “undue” to mean “exceeding what is appropriate or normal; excessive.” Given the probability that almost no medical-marijuana dispensary can meet the zoning requirements established by these onerous municipal ordinances — that is, because the restrictions enacted by such ordinances make operation of medical-marijuana dispensaries nearly impossible — courts are likely to find those restrictions “undue.”

Analogously, Oklahoma courts have historically struck down local ordinances regulating the sale of beer above and beyond regulations established by the Legislature. “Where the Legislature by general law prescribes the qualifications and conditions under which a private business may operate,” the Court of Criminal Appeals explains, “a municipality may not . . . restrict the operation of such business by prescribing additional qualifications and conditions under which such business may operate.” Because the effect of many cities’ enacted and proposed marijuana- zoning restrictions essentially prohibits operation of a dispensary within those cities’ limits, municipalities enacting them are likely to draw legal challenges to the validity of such restrictions.

Because SQ 788 only limits the power of local authorities to restrictively zone dispensaries, some municipalities have interpreted the measure to provide carte blanche power to regulate cultivation and processing operations. Some cities have gone so far as to enact an absolute prohibition on the commercial growth and processing of marijuana within city limits. Such restrictions are also likely to meet legal challenge, and appear unlikely to survive judicial scrutiny.

Again, regarding alcohol regulation, Oklahoma courts routinely invalidate local restrictions that prohibit commercial activities expressly permitted under state law. In doing so, courts apply the familiar rule that “[w]here the Legislature has made . . . a specific police regulation,” municipalities may craft “further regulations on the same subject, not inconsistent with general laws,” provided that “[a] municipality may move in the same direction as the Legislature, but not contrary to nor in an opposite direction.”

Applying this guidance, the Oklahoma Municipal Assurance Group — which insures cities and towns in Oklahoma — expressly advises that its clients “not completely ban [cultivation and processing] activities outright as such a ban would likely be challenged and a strong argument could be made that [cities] are prohibiting an activity that is legal under State law.”

Oklahoma’s municipalities should take this advice to heart. Cities and towns enacting such ordinances invite legal challenges that appear likely to succeed and, at the very least, will cost taxpayers considerable legal fees.

Finally, several Oklahoma municipalities are considering or have enacted ordinances creating permit or license fees for marijuana businesses in addition to those required by OSDH. There exists a legitimate question as to whether SQ 788 authorizes municipalities to issue permits or licenses of any kind. In any event, while some of the fees associated with these permits may be reasonable, other cities are considering or establishing fees in amounts that bear no clear relationship to the regulatory responsibilities contemplated by local authorities.

Where local permits are authorized, Oklahoma law allows cities and towns to exact fees from regulated businesses in order to defray the costs associated with granting permits and overseeing regulation. But, these fees must be reasonably related to the actual costs of the city’s licensing and regulatory duties. “Anything in excess of an amount which will defray such necessary expenses” is a general revenue measure, not a permitting fee, and generally requires a vote of the city’s residents.

As the Oklahoma Supreme Court explains, “[t]he amount of such permit or license fee exacted for the purpose of regulation must be limited to the necessary or probable expenses of issuing the licenses and the necessary supervision and regulation of the business so licensed.” Where the fee exacted exceeds such necessary expenses, “the ordinance will be regarded as a revenue measure and will be void as a regulation under [the city’s] police power.”

Oklahoma municipalities exacting unreasonable license or permit fees expose themselves to expensive legal challenges that they are likely to lose. While permit fees are permissible where proportionate to the administrative cost of regulating the licensed business, they are legally suspect where they impose an arbitrary and exorbitant cost largely designed to extract revenue from a politically vulnerable industry.

The hard way to learn a lesson

Oklahoma’s municipalities invite expensive and frustrating litigation by over-regulating the State’s nascent cannabis industry. Many local ordinances that already have been enacted—and many others that are being or will be considered by cities and towns—plainly overstep the power of local authorities.

By effectively zoning dispensaries out of their municipal limits, banning cultivation and processing activities outright, and/or requiring unreasonable fees from marijuana businesses, local regulators leave the industry with few options but to litigate matters already decided by Oklahoma voters. Will municipalities avoid expensive dispute — as did OSDH — or will they learn their lesson the hard way, in a courtroom? Time will tell.