Town Steps Out of the Way on Medical Pot Dispute 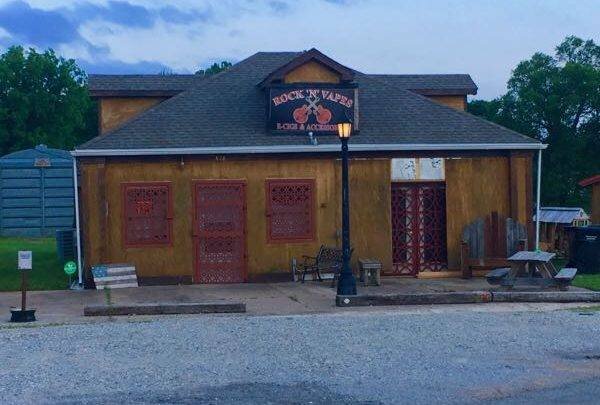 Rock N Vapes has applied to be Deep Fork Dispensary for medical marijuana.

The Luther Town Board reversed course at a Special Meeting Thursday and voted to grant a permit for a medical marijuana dispensary to Rock’N Vapes, to be called Deep Fork Dispensary.

Just a month ago, the board voted to go to district court over whether the location of the future dispensary was too close to a school.

Attorney Weston Watts is representing Jeremy Ring and Birlene Langley in the matter and said it is their position that the school property in question is not a school and his clients are not violating the prohibition against having a dispensary 1000 feet from a school.

The location at 428 N Dogwood is about 300 feet from a school building that holds the district’s buses and where students participate in agriculture activities. 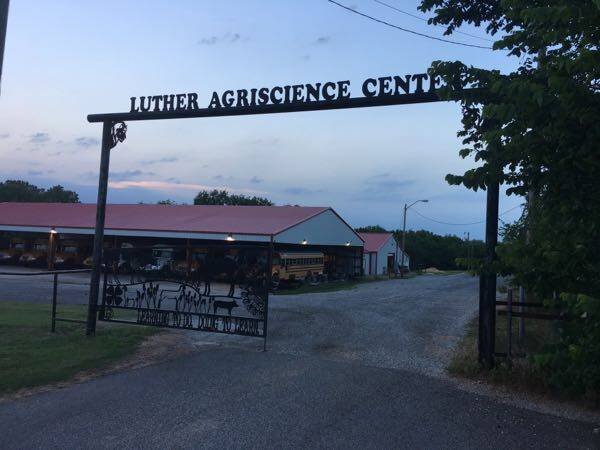 The Luther Agriscience Center is across SH66 from Rock N Vapes.

Without discussion, the board voted 4 – 0 in favor of the agenda item to “issue a conditional commercial establishment license permit (for a medical marijuana dispensary) to Rock’N Vapes, LLC, subject to the following conditions: 1) provision of a valid Oklahoma sales tax permit, 2) payment of a $600 license fee to the Town of Luther, and 3) if the Oklahoma Medical Marijuana Authority revokes the commercial dispensary license to Rock’N Vapes, the Town of Luther’s license permit will be revoked without further action on the part of the Town. 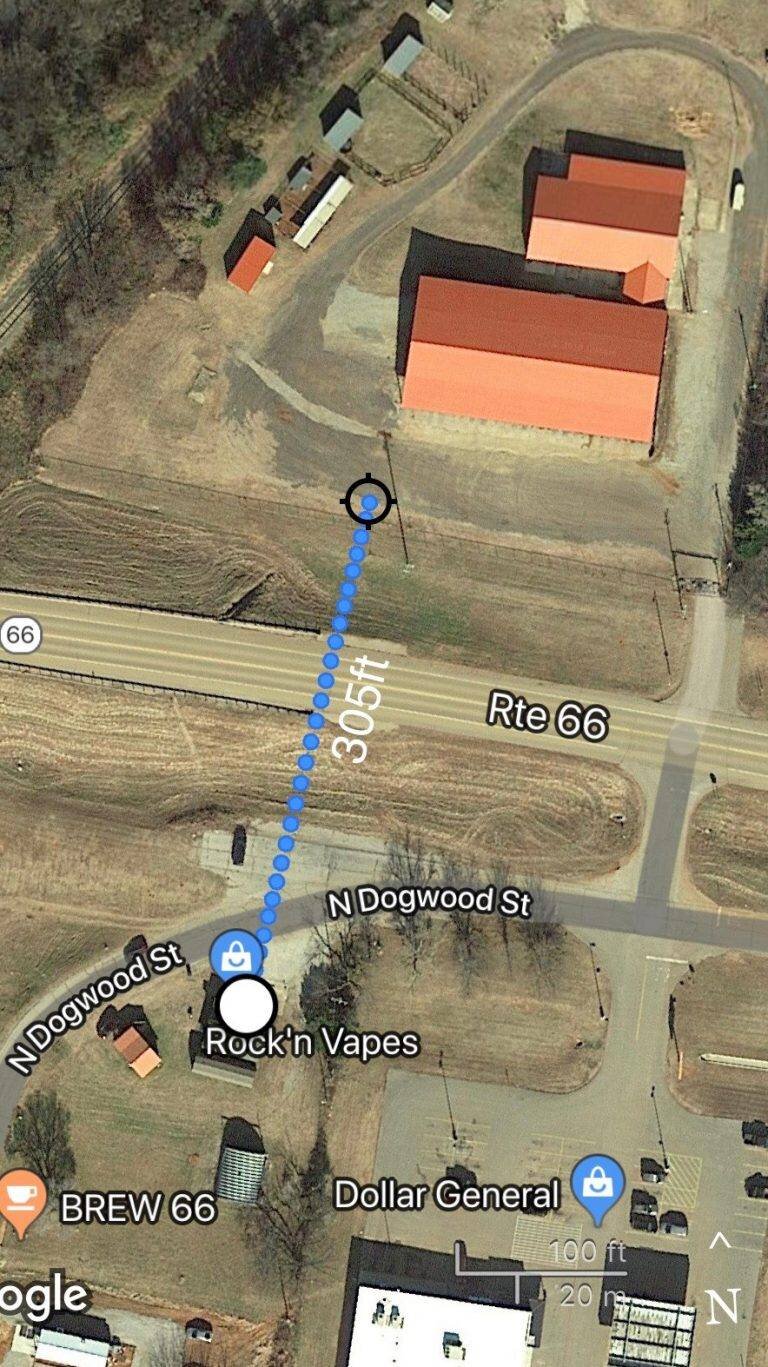 The distance between Rock N Vapes and Luther Public Schools.

The board also voted to direct the Town Attorney not to file a declaratory judgement action against Rock’N Vapes. The meeting was presided over by Vice Mayor Paxton Cavin. Mayor Jenni White was absent.

The question of the definition of a school still remains. A spokesperson from OMMA told The Luther Register that Rock’N Vapes “was sent a Notice of Violation letter from OMMA regarding its proximity to a school on April 22.”

Attorney Watts is also helping his clients with that appeal.

Langley and Ring first approached the Town last July about their plans for a dispensary, just after the voters of Oklahoma passed medical marijuana.

Last month, the Town of Luther reversed course in another medical marijuana related suit to allow an OMMA licensed grower, JAB Corp., to proceed after a previous zoning denial.