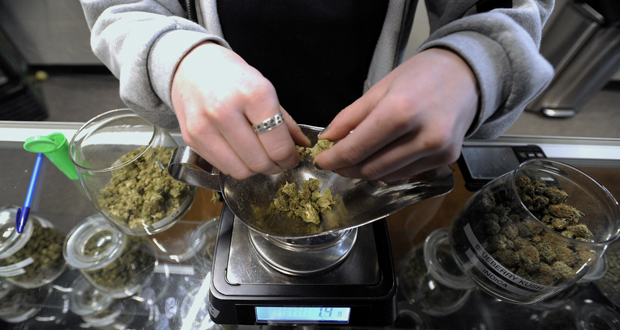 OKLAHOMA CITY – The debate over medical marijuana in Oklahoma has focused almost solely on the ballot measure’s technical provisions, and among the most heavily contested is its lack of qualifying conditions.

State Question 788 explicitly states that it contains no qualifying conditions, which would make it the first law in the nation to do so. It would allow board-licensed physicians to recommend cannabis using accepted standards a reasonable and prudent physician would follow when prescribing or approving any medication.

Opponents said that language is too lax, essentially creating a recreational-use law. One state lawmaker and physician, state Sen. Ervin Yen, R-Oklahoma City, said the text ignores the fact that doctors often rely on federal guidelines when prescribing medications, and those don’t exist for marijuana because it is still outlawed on a national level. An Oklahoma attorney noted that although other states’ laws list qualifying conditions, they also often contain provisions that allow doctors discretion.

Yen has introduced several CBD and marijuana bills in the Legislature. He has been a vocal supporter of policies that legalize the drug for use as a medication. He pushes for versions with tight control on that use. During this year’s legislative session he introduced Senate Bill 1120, which would have created the regulatory framework for SQ 788 contingent on its passage. It would have added several limits on the measure, including a list of four qualifying conditions, which included chemotherapy-induced nausea and complications from multiple sclerosis.

He said that when physicians prescribe any medication, from use-restricted opioids to everyday antibiotics, they do so using the U.S. Food and Drug Administration’s guidelines, which are delivered as a package insert. Those guidelines explain, among other things, how the drugs work and what conditions they should treat. Those conditions are also known as indications. The FDA doesn’t regulate marijuana because it is still illegal, so there is no information about how to best use the drug. Medical schools still aren’t teaching about the drug, Yen said, and without the FDA’s package inserts, doctors need something to depend on when recommending it. Statutory limitations would provide that guidance.

“It’s got to have indications, like every other prescription drug, if you want to consider a medicine,” he said.

He said the specific text in the measure, which says doctors would need to depend on the accepted standards a prudent physician would use, refer to those FDA guidelines, which aren’t offered for marijuana.

“This state question makes no sense at all,” he said. “That (standard) doesn’t exist.”

The National Conference of State Legislatures, a nonpartisan organization that studies state-level policy, closely tracks medical marijuana laws by state. So far, of the 30 that have approved the policy, none have done so without a list of qualifying conditions included in the adopted version. Karmen Hanson directs the organization’s health programming. She said the lists usually evolve. At first, they’re short.

“That list is typically five to 10 things,” she said. 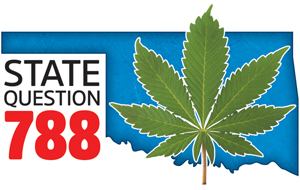 That is especially true for states that legalized early, such as California, which passed its law in 1996. As medical research continues growing and other implications are discovered, policymakers add conditions to the list. Many also end their lists with a sentence about doctors being allowed to practice some discretion. Some of those states list stipulations, such as a requirement to turn to marijuana only when other medications have failed.

Blake Johnson is an attorney for Crowe & Dunlevy who has been studying how the law within SQ 788 would work and how it compares to other states. Neither he nor the firm has endorsed the issue’s passage or its failure.

He echoed Hanson, saying that it’s common for states to expand their lists. He said medical marijuana research is rapidly emerging, and many states that have tight restrictions on conditions often leave doctors waiting for the Legislature to allow those newly discovered indications.

He also noted that it is common for the lists to include catch-all provisions, which allow doctors to prescribe cannabis if they believe that is the best course of action. In Massachusetts, for example, the provision states doctors can also prescribe for any other condition found debilitating. In California, it allows prescriptions for conditions that interfere with life.

“Seven eighty-eight is not terribly dissimilar to a number of other states,” he said. “It’s consistent with practice in other states to put the point of regulation at the physicians’ discretion rather than in the statehouse.”

Previously published in The Journal Record.