House Bill 2612, passed by the Oklahoma Legislature this session, allows for a broad range of professions to be considered “safety-sensitive” exceptions to medical cannabis use. 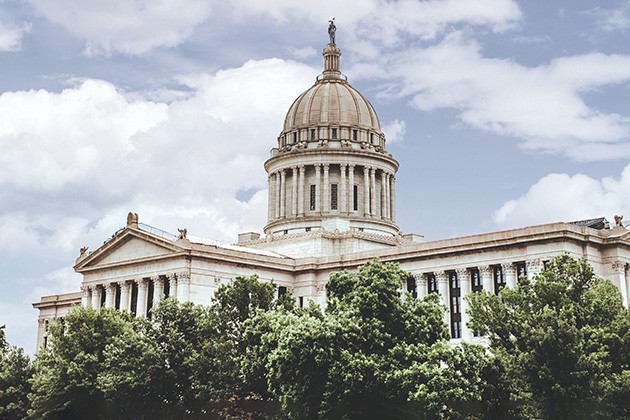 Since over half a million Oklahoma voters approved the passage of Oklahoma State Question 788 (SQ788), its opponents have quickly shifted their attention toward the restraint of its most progressive features. House Bill 2612 (HB2612), commonly referred to as the “Unity Bill,” goes into effect Aug. 29. It was the Oklahoma Legislature’s effort to develop a comprehensive framework for implementation of SQ788. It was advertised as a compromise between the many competing interests affected by SQ788, yet its enactment significantly undermined one of the most important patient protections contained therein: license holders’ protection from adverse employment action by an employer for off-duty consumption of cannabis.

Specifically, HB2612 materially departed from the text of SQ788 in its grant of discretion to employers to “refuse to hire, discipline, discharge, or otherwise penalize an applicant or employee solely on the basis of a positive test for marijuana components or metabolites” where “the position is one involving safety-sensitive job duties.” A “safety-sensitive” job duty is defined as “any job that includes tasks or duties that the employer reasonably believes could affect the safety and health of the employee performing the task or others.”

The Legislature provided a number of examples of safety-sensitive job duties, including the operation of motor vehicles, machinery or power tools and direct child-care, but the list is not exhaustive. Thus, while a pizza delivery driver would appear to fall directly within the definition of holding a safety-sensitive job duty, the pizza establishment’s cook, server, janitor or manager might not. Arguably, each of them are employed in a position that “could affect the safety and health of others,” should they do a poor job of carrying out their work.

Even compared to other states recognizing a safety-sensitive exception, Oklahoma’s Legislature approved one of the more expansive definitions of what might constitute such a position. This means that a licensed medical cannabis patient in Oklahoma may be subjected to termination by their employer for engaging in the same conduct that would not be deemed “safety-sensitive” under another state’s laws. Complicating matters, some states, such as New York, mandate that the government determines what positions may be “safety-sensitive.” Under Oklahoma law, that discretion is vested directly in the employer.

Importantly, SQ788 imposed no safety-sensitive exception to the rule that an employer could not take an adverse employment action against an employee on the basis of the employee’s positive test for cannabis unless doing so would “cause an employer to imminently lose a monetary or licensing related benefit under federal law or regulation.” In fact, SQ788 explicitly stated that “[e]mployers may not take action against the holder of a medical marijuana license holder solely based upon the status of an employee as a … license holder or the results of a drug test showing positive for marijuana or its components.” Thus, the enactment of the “safety-sensitive” exception to workplace discrimination within HB2612 conflicts directly with the bill that Oklahomans approved last summer.

Undoubtedly, there are employment positions where it is inadvisable, even unsafe, for an employee to work while under the influence of cannabis. SQ788 recognized this. Whereas SQ788 expressly denied an employer the right to discriminate against employees for a positive drug test, it granted employers the right to make an adverse employment action if the employee “uses or possesses marijuana while in the holder’s place of employment or during the hours of employment.” Cannabis metabolites can be present in patients for weeks following use, long after the effects of its consumption were last felt. This fact leaves licensed patients secure in their employment under SQ788 but at great risk of termination under the standards imposed by HB2612.

Each employer is vested with the discretion to determine which duties are “safety-sensitive.” Thus, an employer may implement a zero-tolerance drug testing policy for anyone employed in that position. The limitations on an employer’s ability to designate a position as safety-sensitive are also scant. An employer must only reasonably believe that the position “could” affect one’s health or safety. Each employer may set its own threshold for determining the likelihood of injury. Thus, while an employer must be reasonable in its designations, there is little restraint on their exercise of that discretion.

Pursuant to HB2612, employers are not required to impose a zero-tolerance drug policy on medical cannabis patients employed in safety-sensitive positions. Instead, employers are granted the right to make an adverse employment action only if they choose. Thus, many employers have embraced the national trend toward acceptance of cannabis use. Each employer would be well-advised to carefully consider its designation of any position as safety-sensitive. The matter is incredibly important. Should an employer interpret the safety-sensitive designation too narrowly, the employer arguably invites additional liability from workplace accidents or injuries. Alternatively, if it were to interpret the language too broadly, the employer invites litigation from its employees in addition to the increased expenses of employee turnover. Sadly, for licensed medical cannabis patients, HB2612’s language certainly permits — perhaps, encourages — employers to apply as broad a definition as reasonably possible. Under HB2612, the negative effects of broadly applying job duties as safety-sensitive will be borne primarily by the licensed employee who now risks termination.

Consider our example of a server at a local pizza shop above and let us assume that they are a licensed medical cannabis patient. While this server might have only a limited role in direct food preparation, it might be one of their many job duties. They might also use chemicals around the food to clean the restaurant or its equipment, and if improperly mixed, these chemicals could pose an even greater risk to customers than food contamination. So, if the server’s employer were to terminate them on account of a positive workplace drug test following a determination that the server’s job position could affect the health and safety of others, what remedy would this license-holding Oklahoma employee have? Few that are likely to matter.

To date, legal challenges to an employee’s termination for a positive cannabis test while holding a medical cannabis license have not been successful where the employee was employed in a “safety-sensitive” position, as each respective state defines that term. Even some of those states that have legalized cannabis use do not provide any limitations on an employer’s ability to terminate employees for positive workplace drug testing, regardless of their status as licensees and the character of the work being performed.

For those employees who are subjected to an adverse employment action, HB2612 provides a private cause of action, which is certainly better than reliance on public bodies to police employer conduct. Under HB2612, however, an Oklahoman’s lawsuit against his or her employer is governed by the Oklahoma Standards for Workplace Drug and Alcohol Testing Act. While the applicable section of that act permits an employee to file a civil action against their employer, it expressly limits their damages to twice the amount of lost wages stemming from their termination. Moreover, any wages earned during the interim period between termination and an award of damages will offset any award that the employee might recover in the lawsuit.

The prevailing party is also entitled to, but is not guaranteed, an award of their reasonable attorney’s fees. Thus, even those employees who are willing to initiate a lawsuit to protect their status must consider the distinct possibility that they might not only lose the lawsuit, but be compelled to pay their employer’s attorney’s fees as well. For the majority of employees, such as our hypothetical server, the prospect of potentially paying high-priced attorney’s fees might very well outweigh the benefit of recovering twice the wages they lost upon termination (less whatever wages they made from a more accommodating employer in the interim period). This cap on damages will undoubtedly serve to deter many employees from challenging their termination in court.

Ultimately, the safety-sensitive exception to workplace protections undermines those specific workplace protections contemplated by SQ788 and approved by Oklahoma voters. The remedies HB2612 provides Oklahomans in place of these protections are so limited as to be of little recourse to all but those suffering from the most egregious of abuses. Considering the wide discretion HB2612 provides to employers to classify a position as “safety-sensitive,” victory in lawsuits challenging the exercise of that discretion might ultimately prove hard to come by. 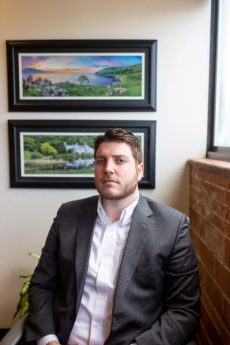 Justin Williams is a founding partner and member of Climb Collective and Overman Legal Group. Since graduating with distinction from the University of Oklahoma College of Law in 2015, Justin has practiced law widely across the spectrum of civil litigation.